It's Official, Raiders are coming to Vegas...Now What?

Raiders fans celebrate in Las Vegas after the National Football League owners voted in Phoenix to approve the relocation of the Oakland Raiders to Las Vegas on Monday, 27, 2017. (Bizuayehu Tesfaye/Las Vegas Review-Journal) @bizutesfaye

Raiders fans celebrate in Las Vegas after the National Football League owners voted in Phoenix to approve the relocation of the Oakland Raiders to Las Vegas on Monday, 27, 2017. (Bizuayehu Tesfaye/Las Vegas Review-Journal) @bizutesfaye

Now that the NFL has approved the relocation of the Oakland Raiders franchise to Las Vegas, it’s time to buy those season tickets, right?

While Monday’s action was an important step, there are still some boxes to check off the to-do list before work begins on a stadium that would be home to the city’s new team.

“It’s the end of the beginning,” said Jeremy Aguero, a principal with Las Vegas-based Applied Analysis, which serves as staff to the Las Vegas Stadium Authority. “It was a hugely important step, but there’s still a ton of work to do.”

Aguero said the Stadium Authority has to verify that several conditions have been met before ground can be broken on a stadium. Those approvals have to come in votes in public Stadium Authority board meetings, and Aguero is skeptical that the checklist will be completed in time for consideration at the next scheduled meeting, April 20. In fact, it could take several months for complete compliance with Senate Bill 1.

Here’s what has to happen before any work can begin on the stadium:

■ The authority board has to verify with the NFL that relocation officially has been approved and that the team formally elects to move.

■ The board has to sign off on a development agreement with a qualified partner. The Raiders drive that process, but the board must verify that the developers have the financial wherewithal and expertise to build the stadium. That’s why the announcement about Bank of America being part of the financing was so important for the Raiders.

■ The board also must approve a lease agreement with a stadium events company. That also could be the Raiders, but it also might be a third party that has expertise in managing stadiums and arenas. The Anschutz Entertainment Group’s AEG Live, which in a joint venture with MGM Resorts International operates T-Mobile Arena and also manages the Colosseum at Caesars Palace; Los Angeles-based Live Nation Entertainment; MSG Entertainment, operators of Madison Square Garden and a partner for a future entertainment venue with Las Vegas Sands; and Legends, which operates Yankee Stadium and Jerry Jones’ AT&T Stadium in Dallas are among the big players in event management.

Once a development agreement is struck, more details about the specifics of the stadium will emerge. Will it cost $1.9 billion? Will it have 65,000 seats? Will it be domed, and if so, will the roof be rigid or capable of sliding open like at two stadiums in Phoenix? That will be up to the development company.

The $1.9 billion, 65,000-seat proposal that has been bandied about to this point was first proposed by the family of Sheldon Adelson and Majestic Realty. They’re no longer in the deal, but their figures were used by the Southern Nevada Tourism Infrastructure Committee to demonstrate how financing could occur to craft Senate Bill 1.

What the development company builds could be larger, more expensive or less expensive. Senate Bill 1 targets a venue with approximately 65,000 seats, but that could grow. Specifics haven’t been disclosed by the Raiders.

The second agreement that must be signed, the lease agreement, has been under negotiation for several weeks. Outside counsel for the Raiders and the Stadium Authority have met to work out details. Mark Arnold of Houston-based Andrews Kurth Kenyon had no updates on a lease deal since his last report at the March 9 Stadium Authority board meeting. At the time, Arnold said attorneys needed to come to agreement on the optics of the field surface and the appearance of team colors and visual displays throughout the building. The legislation and UNLV are firm that the facility is to look like a Rebels home field on college game days.

The Review-Journal is owned by the family of Las Vegas Sands Corp. Chairman and CEO Sheldon Adelson.

The development agreement under consideration between the Las Vegas Raiders and the Las Vegas Stadium Authority is tied directly to the stadium site selection, which also is in the Raiders' hands.

The Raiders reportedly have an option on 63 acres at Russell Road and Interstate 15. If that turns out to be the stadium site, the land would be turned over to the authority and work could commence if the board gives the green light.

But between now and board approval, proponents of other stadium sites will be in the Raiders' ears. Among the site suitors are the city of Las Vegas, which would like to woo the team downtown to the Cashman Center complex, and Don Murphy, representing real estate developer Fred Nassiri, who told board members in January that he'd like the team to consider 67 acres between Las Vegas Boulevard and I-15, just north of Blue Diamond Road as a potential site.

Once the location is determined, the board, the Nevada Department of Transportation and the Regional Transportation Commission of Southern Nevada would consider questions about how much the Raiders would be responsible to pay for infrastructure improvements in the vicinity of the site.

"The language (of Senate Bill 1) specifically states that the stadium (developers) would be responsible for the additional road infrastructure that they create, the additional impacts," said Clark County Commissioner Larry Brown, who also serves as chair of the RTC board.

"That's going to be open for interpretation, but NDOT came out early and said they would do some things to accelerate projects in support of the stadium and delay some of the local projects that were intended," Brown said. "That has to be debated publicly. It can't be just an NDOT decision behind closed doors because we've worked for five years on priority lists and collaboration and identifying funding."

Brown said identifying projects, costs and who pays for what would be a collaborative decision between the NDOT transportation board, the RTC board, the county commission and the Raiders.

Another government entity that may need to have a look at plans, besides the county commission which ultimately would issue building permits, would be the Federal Aviation Administration. Any building more than 150 feet tall, whether in a runway flight path or not, must be reviewed by aviation experts before approval.

15 Social Media Statistics That Every Business Needs to Know

You Run Your Business, We'll Run Your Social Media 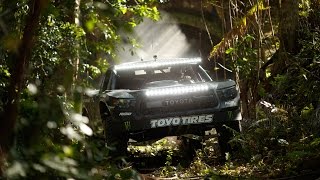 It's Official, Raiders are coming to Vegas...Now What?

Why You Need to Understand the Importance of Social Media

The Importance of Marketing Your Business in a Down Economy

15 Social Media Statistics That Every Business Needs to Know

NEW START UP or EXISTING BRAND? What Branding can do for you.